Can We Save Corporate Communications?

We need activist communicators, who engage with communities at work as individuals – not as corporate loudspeakers – and support them in creating their shared reality. 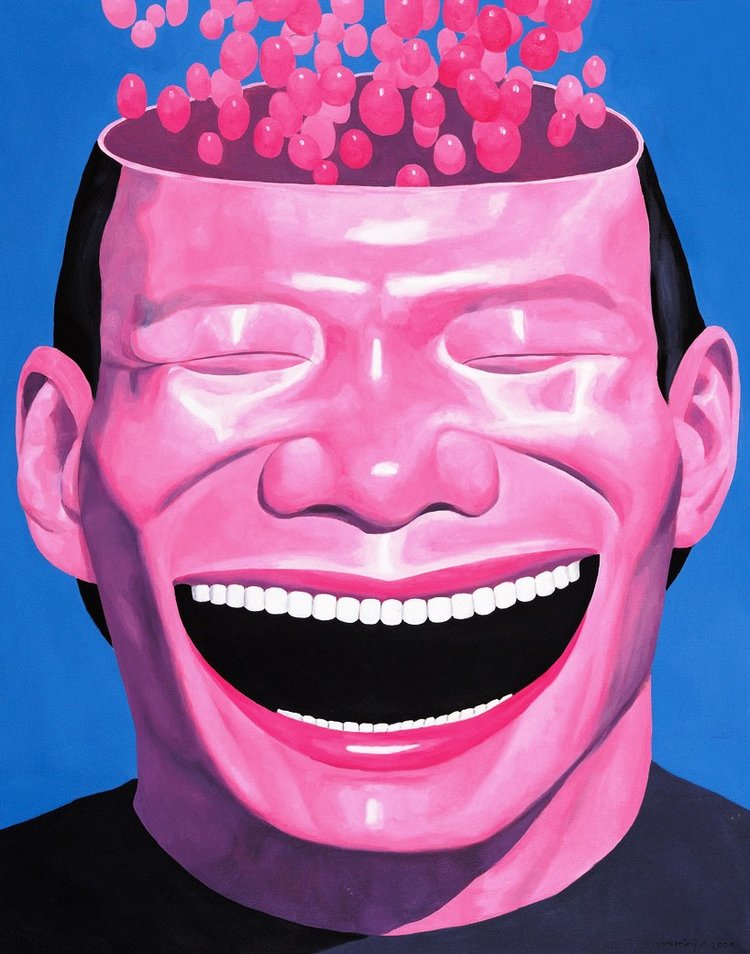 By Celine Schillinger, who presented the Communitelligence webinar, Disrupt or be Disrupted: Reinventing Your Communication and Leadership Role.

In a time of rapid social transformation, technology revolutions, shifts in value creation and customers’ expectations, business and organizations undergo deep changes that require a whole new approach to work and leadership.

Corporate Communications is among the traditional functions hit hard by disruption. Disintermediation, transparency requirement, technology that give anyone access to communication tools and a worldwide audience – while corporate execs often remain obsessed by control – have made the communicator’s job complicated.

I’m not a communicator. I did study comms but most of my career path has revolved around business operations. In the last few years though, I moved closer to comms and I now operate in a field that is closely related: community engagement. Internal and external community engagement. I moved from being a “receiver” of comms – an audience – to a position where comms is (or should be) a strong partner.

Yet, in the main engagement initiatives I’ve led, good comms support has been rare. More often than not, communicators have ignored or denied what I felt was making sense. Sometimes, it was my fault: I didn’t explain well or enough. At other times, they just had no idea of major trends in digital transformation, social change, the evolution of work and organizations, and how their profession can adapt. In large organizations, forward-thinking communicators are outnumbered by those stuck in the past (and in compliance). Yet, their work is so critical.

Thus, I’ve been glad to speak with comms professionals lately about their evolving role and skills. I’m grateful for the International Association of Business Communicators to have me speak at the IABC June 2016 World Conference and for John Gerstner to let me lead a recent Communitelligence webinar which inspired the current post. I hope a useful conversation can grow from it.

A reality we all agree on: a pipe dream?

Creating a common reality, from which people can act together towards a certain goal, is possibly the most arduous challenge faced by corporate communicators today. This indirect consequence of social changes, interwoven with technological quantum leaps, actually looks beyond the boundaries of organizations; it affects all of society. The “onlyness” (term coined by Nilofer Merchant) of each human being has never made gathering easy, but specific issues of today render it even more uncertain.

Yet, how can we act together if we have no common ground? We need a shared reality to join forces and do what it takes to strengthen our democracy, to fix our education system, to address global warming… and to make our businesses succeed.

Various recent readings provide food for thought about the phenomenon and, I believe, useful insights for communication professionals.

The comms universe turned upside down

Seth Godin says in The Post-Reality Paradox how “Science-based medicine has dramatically increased the lifespan and health of people around the world. Vaccines have prevented millions of children from lifelong suffering and even death” (it rings a bell, as I work for a vaccine manufacturer). Yet, in fields ranging from medicine to space exploration or politics, he notes the irresistible progression of “post-reality thinking”, weaving lies and conspiracy theories, where “words don’t matter nearly as much as the intent, the emotion, the subtext”. Today, some people – even educated – are not convinced by science (they don’t “believe” in it, as if it was a faith) and of the benefits it brought to the world, such as vaccines. In this post-reality world, Seth adds “we are more concerned with how it looks and feels than we are in whether or not the words actually make sense (…) The more that reality-based thinking has created a comfortable existence, the more tempting it is to ignore it and embrace a nonsensical, skeptical viewpoint instead.”.

=> Lesson #1: no existing reality can be taken for granted. Rational thinking limits how much we can understand and influence a reality.

In politics, as the disastrous Brexit and US election campaign show too well, we’ve entered “The Age of Post-Truth Politics”. The expression even has its own Wikipedia page. Facts don’t seem to matter that much anymore, in an opinion-forming process. In The New York Times, Williams Davies laments that “Facts no longer provide us with a reality that we all agree on”. The multiplication of experts for hire, the “combination of populist movements with social media (…) and the oversupply of facts in the 21st century” (the “crisis of facts”) create a world where any opinion – even the craziest one – can be supported by experts, partisan media and personal network.

=> Lesson #2: facts are in crisis. Relying on information to create a shared reality doesn’t work (anymore).

“Your community is your truth”. When my friend Rachel Happe, founder of The Community Roundtable, mentioned this in a conversation we had at the BIF Summit this year, I was struck by the relevance of this thought. “The people you surround yourself with establish what you believe to be true. If you want to change a narrative and be believed, you need to engage your community”. The natural consequence of this is that you can’t stand on the side of a community and influence its thinking; you need to be inside, for the community to believe you.

=> Lesson #3: communities create their shared reality. An outsider can’t. To create a reality for a community, from outside the community = mission impossible.

Accountability? Trust? Ahem. The US Senate Banking Committee conducted recently a hearing about the massive Wells Fargo scandal (watch here Sen. Elizabeth Warren’s righteous anger). Despite all the proper “moral equipment” in place e.g. corporate mission statements, company values etc., the bank has created millions of unauthorized bank and credit card accounts for existing customers. A scam that has allowed the CEO to get very, very rich. Thousands of people were laid off as a result of the scandal but the CEO has taken no personal responsibility for what happened, despite evidence of a toxic corporate culture purposefully created under his “leadership” (cf. Dan Pontefract’s post onculture as a competitive disadvantage). This is adding one more good reason for people to distrust CEOs, the corporate & economic leadership. And possibly, communicators – who work for them. Time to remind this must-read for the comms profession: ‘Trust Me, PR is Dead’ by Robert Phillips. “Trust is an outcome, not a message”.

=> Lesson #4: there are good reasons to distrust corporate & economic leadership (and those who serve it, like comms). Are we trying to create a healthy shared reality? Or a cozy consensus that allows more scams to happen? Let’s put our own house in order, before trying to influence others.

The Edelman Trust Barometer describes the “inversion of influence”. In the old model – against which many organizations are still shaped, including their Comms function – influence and authority were concentrated at the top. Leaders, with communicators, ‘pushed’ down what they needed people to know to perform well. The lower levels of the organizations were being explained or convinced, at the speed of layer-after-layer “cascading” of carefully crafted messages.

In the new reality, the pyramid is flipped over, and authority is divided from influence. Technology has made access to information easier and faster, as well as to communities that make sense of it. This is the era of peer-to-peer, not experts or authoritative figures. As Edelman writes: “In sync with the emergence of a widening trust gap, the traditional pyramid of inﬂuence — with elites on top — has been up-ended. Today, influence decidedly rests in the hands of the mass population. The net result is a new phenomenon where the most inﬂuential segment of the population (or 85 percent of the population) is at the same time the least trusting. This reality stems from the fact that ‘a person like yourself’, or an average employee, is far more trusted than a CEO or government oﬃcial”. This expands to all forms of authority.

=> Lesson #5: Authority is not listened to. Bodies perceived as filters, vs direct connection between peers, are suspect of distorting / hiding the truth. The closer we’re associated to authority, the less influence we have on shaping people’s perception of reality.

Meanwhile, Communications is often the one function entrusted with the task of “creating this shared reality” – often in an environment of low employee engagement (either obvious or hidden – see most recent statistics). When employees are disengaged, they just don’t hear, or believe, the communication messages that are being pushed to them.

A much needed contribution, but as a function, part of a failing system

Although comms is a critical need – workers at all levels in organizations keep asking for more – Corporate Communications is an area of expertise, a community in itself (a silo?). In larger structures, its professionals are disconnected from front-line workers: they’re not on the shopfloor, not in client meetings with the sales teams… “They’re not like us”.

This feeling is reinforced by the fact that Comms often uses a one-size-fits-all vocabulary: understood by all, not at risk of misinterpretation, politically correct… which ends up being pretty different from the “real language” people speak.

Besides, Communications builds its priorities, agenda and resource plan from what the organization leadership – the authority – wants to talk about to employees. Many communicators understand the pitfall and try to leverage channels and tools that can help counter-balance the traditional top-down flavor. But the current changes are so profound a bit more bottom-up communications here and there will not suffice.

To summarize the dilemma as I understand it:

What I take from this is that we can’t continue doing communications as we did before. We can be sorry that people don’t trust facts anymore, or don’t believe messages so carefully crafted by communicators; but that’s the way it is now, and we have to adapt.

What we need today is, urgently, a new set of communications behaviors and skills. We need activist communicators, who engage with communities at work as individuals – not as corporate loudspeakers – and support them in creating their shared reality. Today’s world calls for comms professionals who enable radical transparency and free flows of information, who coach people everywhere in the organization with communication skills. They can create huge value by connecting all actors who contribute to making the organization storytelling a tangible, creative, dynamic reality. We need comms professionals with a conscience, systemic thinking, and the courage to resist the status quo in which most organizations keep locking them up.

This article was originally published in Celine Schillinger’s blog, WeAreSocial. 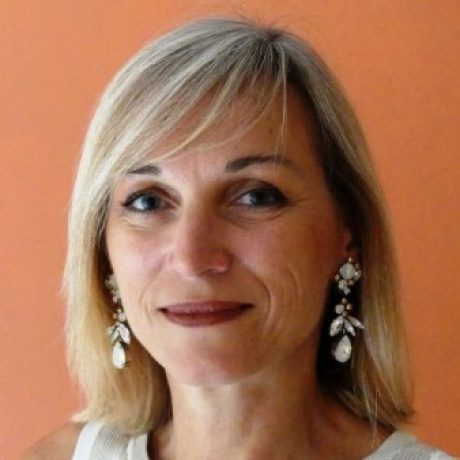 0 responses on "Can We Save Corporate Communications?"