Getting value from values 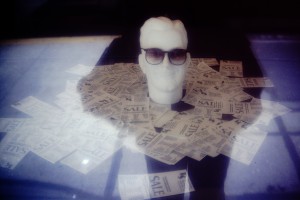 It’s a rare organization that hasn’t gone through the process of defining their vision, mission and values at one time or another.  It just makes good sense to have a clear picture of where you’re heading and a roadmap for how you’re going to get there.  What’s more, it seems natural to assume that the impact of that process on employee engagement would be highly positive.  So imagine my surprise when I saw the data from a 2011 study of 5,000 employees across the country that reports only 4% are “inspired by values and a commitment to a mission and purpose.”  That’s not a typo – yes, I said 4%.

How can that be?  Well, another part of the study offers a good hint.  It states that “only 3% of respondents report they work for organizations whose purpose and values inform decision-making and guide all employee and company behavior.”

So 96% of the respondents say they weren’t inspired by values – and 97% say the stated values don’t guide decisions or behaviors.  Hmmmm … funny how those two things go hand-in-hand.

Before you lose heart, the study also revealed that companies that do govern heavily through values significantly outperform those who don’t.  The study showed that values-driven companies “experience higher levels of innovation, employee loyalty, and customer satisfaction, and lower levels of misconduct, employee fear of speaking up and retaliation.”

Here’s the bottom line.  Companies shouldn’t be discouraged from developing and deploying meaningful values. They just need to do it differently.

The Typical Approach
Consider the typical value-setting process: a small group of senior leaders go away for a day or two with a facilitator to put together a plan that includes vision, mission, values, etc.  The people who talk the loudest or who have the most authority are usually the ones whose opinions prevail. At the end of the session, they congratulate themselves, take it all back the corporation, send out an announcement about it, present it in a town hall meeting, put it in a binder, post it on the wall – and that’s about as far as it goes.

A Better Alternative
We’ve developed a Cultural Assessment instrument that’s designed to make values more meaningful, more reflective of the collective team’s views, and more actionable. It has 40 value statements that have been created and validated to reflect different culture types through a rigorous research and development process. Each person on the team (typically senior leaders and the next layer of management) completes the assessment, identifying from each person’s perspective the values that are most like and least like both the current and target cultures.

Every response is then tabulated and run through a computer program that identifies within one hundredth of a point on a 7-point scale the composite team score on each of the 40 value statements – for both the current and target cultures. The process is always enlightening for teams, and it points specifically at the areas where the biggest gaps need to be closed.

Beyond the Binder – Putting Values to Work
Once identified, we work with the team on how to close those gaps – particularly where they have an impact on employee engagement. One way we do that is by having each manager identify specific actions that he or she will start, stop, and continue to close the gaps. Then they review those actions with one another first.  Later they review the action plans with the teams of people who report to them. Then they periodically reconnect with their teams and review the progress that’s being made on closing the gaps and achieving the target culture.

That’s just one way to make values more relevant and long-lasting for an organization.  Whatever approach you use, just make sure it doesn’t become a retreat exercise that turns into nice-sounding words on a poster that lead to 96% of employees being uninspired.

0 responses on "Getting value from values"